(7-26-20) Mauri Cron served as Coldwater’s Mayor for over 20 years, he passed away on Friday at the Miami Valley Hospital due to complications from the coronavirus. 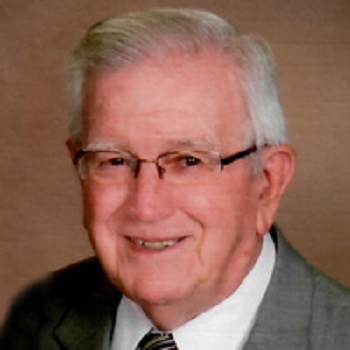 Due to COVID-19 concerns, a mass of Christian Burial will be private on July 30, 2020 at Holy Trinity Church with no public viewing. Fr. Richard Walling officiating. Mass at 2:00pm. Livestream will be at http://coldwatercluster.org/content/helpful-links-watch-mass-online Burial will follow in St. Elizabeth cemetery. Hogenkamp Funeral Home Coldwater is handling arrangements. Memorial gifts can be made to Med Foundation Mercer Health, Coldwater athletic booster club or a charity of your choice. The family will have a celebration of life at a later date. Condolences may be left at www.hogenkampfh.com.

Mauri was a member of Holy Trinity Catholic Church, a lector for many years and a member of the Knights of Columbus. He served in the United States army in 1955 & 1956. Mauri was a Nationwide Insurance agent for 42 years. He played for the Cincinnati Reds minor league baseball team in 1957 & 1958. He was a sports enthusiast his entire life and supported many teams: Coldwater Cavaliers, Ohio State Buckeyes, Cleveland Browns and Cincinnati Reds. He enjoyed golf with his family and friends. He followed local school sports and was diligent in keeping stats. He completed the Columbus Marathon in 1985.His true love and joy was his family. He never missed an opportunity to spend time with his children and grandchildren. He especially cherished following and attending their many activities.