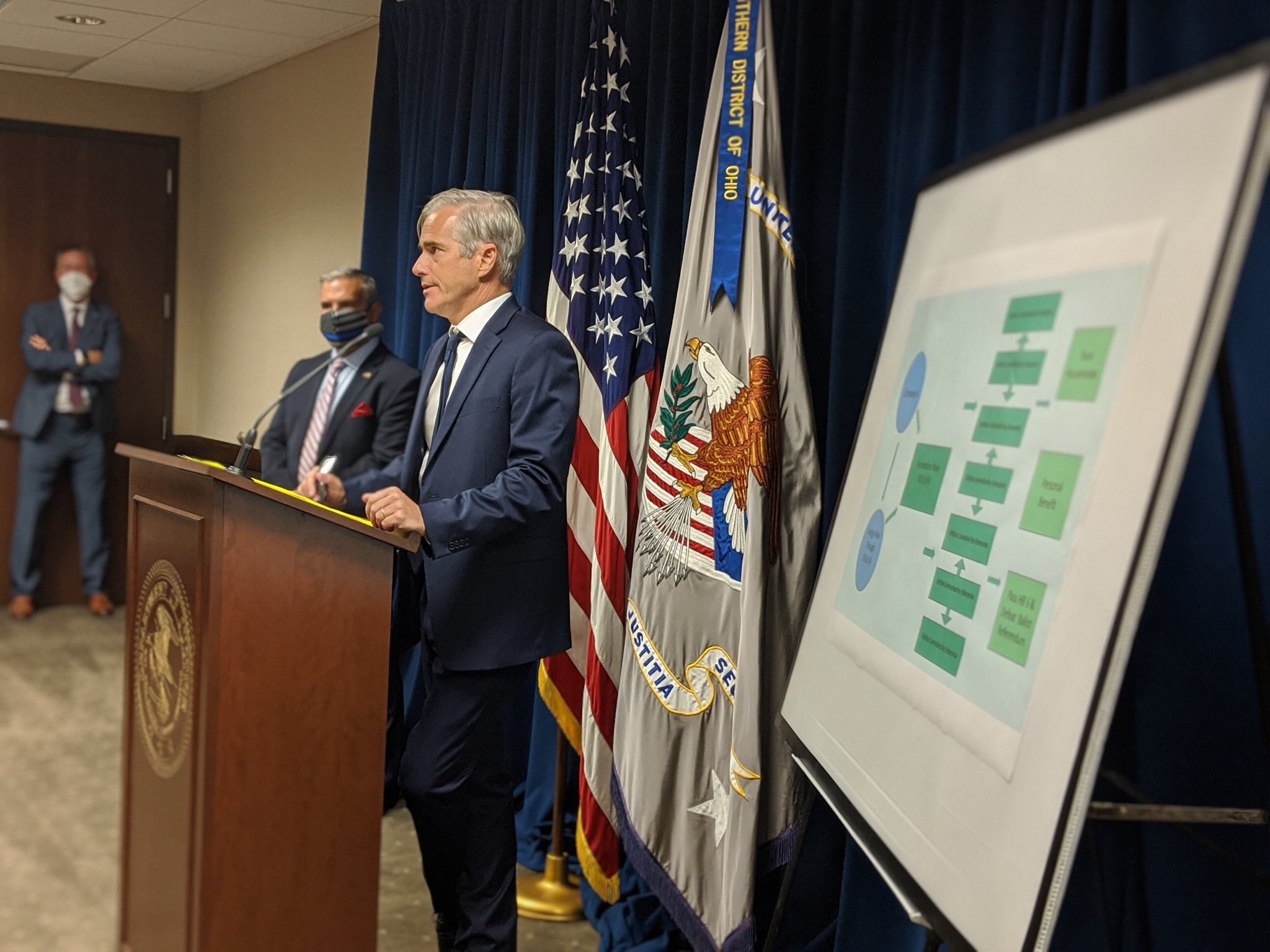 Charging documents allege that the defendants received more than $60 million paid to a 501(c)(4) Generation Now to pass and uphold a billion-dollar nuclear plant bailout. It is alleged Generation Now was secretly controlled by House Speaker Larry Householder.

The federal complaint details a sophisticated criminal conspiracy to enact bailout legislation on behalf of a company, corruptly defeat a potential ballot initiative, and illegally divert money for personal uses.

Householder received $400,000 in personal benefits “to settle a personal lawsuit, to pay for costs associated with his residence in Florida and to pay off thousands of dollars of credit card debt.“

“I am deeply concerned about the allegations of wrongdoing in the criminal complaint issued today by the U.S. Attorney’s Office. Every American has the presumption of innocence until proven guilty. Because of the nature of these charges, it will be impossible for Speaker Householder to effectively lead the Ohio House of Representatives; therefore, I am calling on Speaker Householder to resign immediately.

(7-21-20)— The FBI and U.S. Attorney David M. DeVillers have called a news conference in Columbus at 2:30 p.m.today to announce charges related to $60 million bribe to a “state official” and “associates”.

FBI agents and the Perry County Sheriff’s Department were at Ohio House Speaker Larry Householder’s (R-District 72 ) farm in Glenford in Perry County early this morning according to a Dayton Daily News story ahead of an announcement about a $60 million federal racketeering case.

It is the second Midwest state to face such a scandal, the other is in Illinois. Illinois House Speaker (D-Chicago) Michael Madigan is under investigation by federal prosecutors who sent new grand jury subpoenas to Madigan’s offices and made a separate court filing in which utility giant Commonwealth Edison admitted to engaging in bribery to burnish its image with Madigan as it looked to advance a high-stakes Springfield agenda.