(7-21-20) On July 21, 2020 at approximately 5:51 a.m., Darke County Sheriff Deputies along Greenville Township Fire and Rescue responded to the intersection of State Route 118 and Children’s Home-Bradford Road for a two-vehicle injury crash. 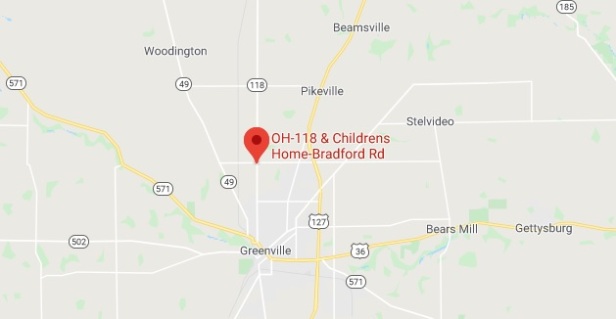 Preliminary investigation revealed a Maroon 2006 Pontiac Torrent driven by Isabelle Barga (19) of Rossburg . was traveling southbound on State Route 118 and attempted to make a left turn onto Children’s Home-Bradford Road in front of a 2012 Grey Ford Fusion driven by Billy Adkins (35) of Greenville. After the collision Adkins vehicle traveled off the right side of the roadway coming to rest in the side ditch. Adkins was transported to Wayne HealthCare and later taken to Miami Valley Hospital for his injuries. Barga was uninjured in the crash. State Route 118 was closed for nearly an hour and a half.

This crash remains under investigation by the Darke County Sheriff’s Office.