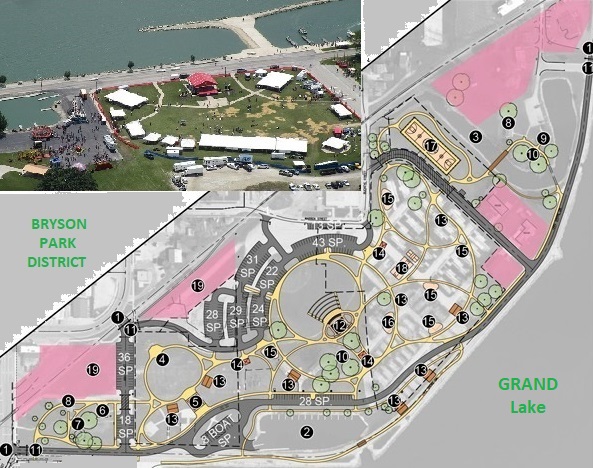 (8-14-19) Christmas came early for the Celina City Council last night at their meeting  when an anonymous donor stepped forward with a check for $30,000 to help purchase security cameras for the Bryson Park District.

The ‘mysterious donor went through the Mercer County Civic Foundation to provide the funds.

On July 16th a report of vandalism at the Harley C. Jones Memorial Rotary Amphitheater was received, since that time several other incidents have taken place.

Celina Police Chief Tom Wale informed council that since the incident they have added temporary light poles, additional patrols have been added and several cameras have been installed to prevent possible future vandalism.

Emergency legislation was enacted last night by City Council members approving an ordinance accepting the donation and appropriating it into the city’s park capital account for the acquisition of security cameras.

The $30,000 will not cover an estimate of $85,000 to $90,000 provided by NuWave Technology Inc. of Coldwater  to install 30 high-definition security cameras and accessories to monitor the amphitheater and the remaining parts of the park district.

No timeline has been given on when the process on bidding the project, purchasing and installing the cameras will take place.

A grand opening, with or without cameras,  is scheduled for the Bryson Park District on Sept. 21.

One thought on “‘Mysterious’ Donor Steps Forward To Donate $30,000 For Security Cameras”