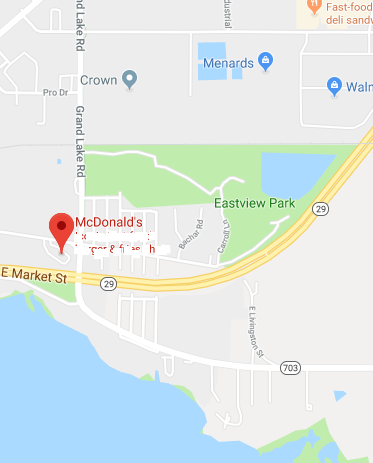 (11-12-18) On Sunday evening at about 6:09 PM a 17 year old man, Chance Keysor of Celina, entered McDonalds restaurant at 101 Grand Lake Rd., Celina.  Witnesses describe Keysor as acting erratic and in a disorderly manner.  Keysor, who was known by name by the employees, went behind the counter and made gestures as if he had a firearm.  When they tried to make him leave, he pushed an employee and tried to access the cash register by beating on it with his fists.  He did manage to brake the cash register before leaving the business.

A short time later Keysor was found at 160 E. Livingston St.  He had broken into a vehicle and was being held there by the owner.  Police and Mercer County Sheriff’s Deputies arrived and took Keysor into custody.

Chance Keysor turns 18 in less than two months.  The report is being referred to the Mercer County Prosecutor’s Office for review of possible robbery charges.  Keysor is being held in a juvenile detention facility.