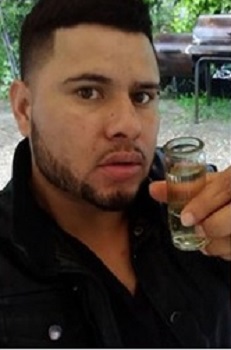 (7-6-18) An apparent abduction and rape is alleged to have happened at the Days Inn  in Bowling Green Ohio earlier this week, where two teen girls were staying with their mom. The four men who were a part of the incident also were staying at the hotel as well.

One of the four, David Ramos Contreras,  was captured in Lubbock, Texas, after investigators for the U.S. Marshal for the Northern District of Ohio and Bowling Green Police followed leads they had acquired. Contreras was found hiding under a bed at an address in Lubbock, Texas. Contreras has been extradited back to Ohio to face the charges. According to Bowling Green police David Ramos Contreras was deported in October of 2017.

The search continues for two other suspects, Juan Adiel and Arnulfo Ramos, both seem to be in this country illegally. Most of their paperwork according to law enforcement officials has found to have been falsified. One other suspect is already in custody.