(5-28-19)At around 10pm last night a devastating tornado hit Celina entering the west side of the city (Wheatland Acres, Fairground Road and the Bruns Addition) and tearing through the community leaving widespread destruction.

(story will be updated as we receive updates)

“lots of debris in the northwest part of Celina and farther east of Celina.” 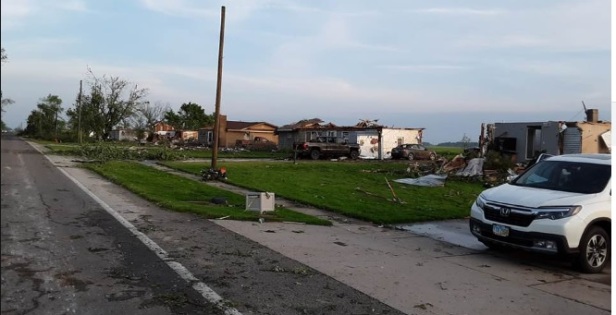 Early reports that seven area residents have been injured and transported to local hospitals..

It is the second major tornado incident to hit Celina, the last was in November of 2017 in the Havemann Rd business area.

Approaching Celina and a fire truck just passed us on 127. We know mutual aid has been requested to the city @whiotv @WHIORadio pic.twitter.com/UcTMXK1mey