At approximately 1:00 Pm on February 27, 2018 a subject later identified as Thomas Dean Phillips Jr., age 48 of Spencerville, Ohio, was stopped for a traffic violation. During the stop a K9 alerted on the vehicle and Mr. Phillips was found to be in possession of approximately 2 grams of Methamphetamines. Mr. Phillips was arrested for possession of drugs, and held at the Mercer County Adult Detention Facility on a $100,000.00 bond. 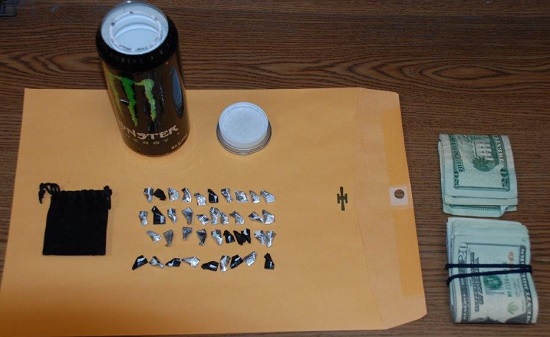 Also arrested was Stephen E. Lawson, age 26, of Celina, Ohio. Mr. Lawson was arrested resulting from a controlled buy of narcotics from him, at a local business parking lot. He was found to be in possession of 39 bindles of heroin. He was arrested for trafficking in drugs and possession of drugs, and is being held in the Mercer County Adult Detention Center on a $100,000.00 bond. Seized was a 2004 Ford F150 truck and $1278.00. That arrest led to a local hotel, where additional suspected Heroin, Marijuana, and cash was located, along with assorted drug paraphernalia. Additional charges against other individuals are being reviewed.