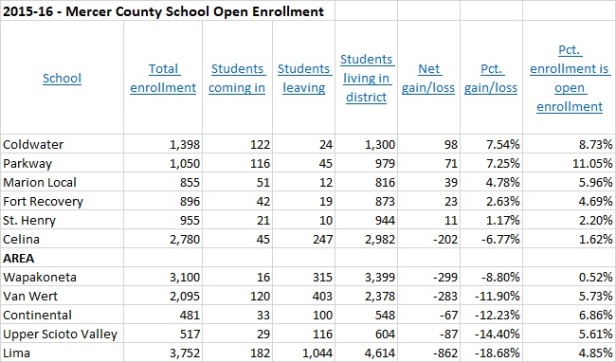 (7-15-17) Open enrollment in Ohio has been a bonanza for some school districts, for others it has been a large loss of students. The Celina City Schools has been one of the systems that has seen a negative impact. Based on the latest figures available to the Outlook (2015-16), Celina lost the most students of the six school systems in Mercer County, losing 247 and adding just 45 students.

Depending on how a school district handles the process it can be beneficial to a district with a large number of incoming open enrollment students. The financial aid that each district gets from the state for open enrolled students depends on a number of factors, including the average income levels in the district. Districts with lower income levels tend to get higher amounts of aid from the state for open enrolled students. When a district loses a student through open enrollment, the state subtracts the full amount of that student from a district’s foundation aid total.

The Celina City Schools Board of Education is planning on asking for an income tax increase from school district residents at Monday’s meeting.  Open enrollment seems to be one of the reasons for asking for more income. 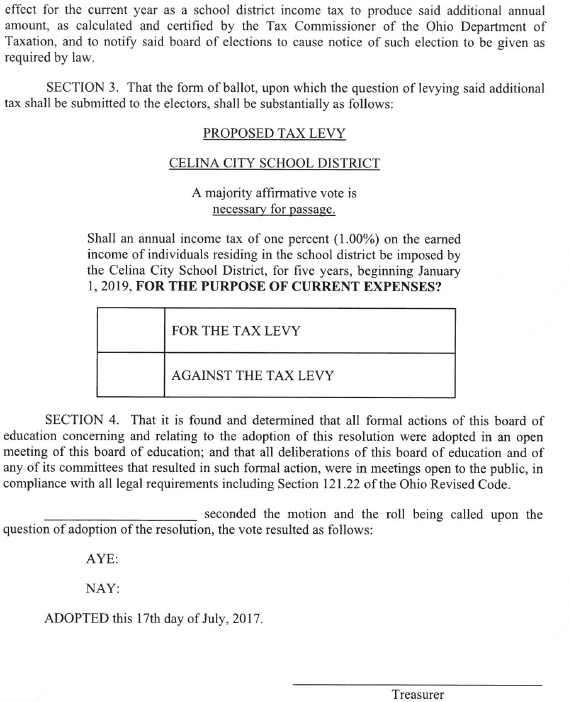 How did the tax income request get approved to be placed on the ballot?

At June’s meeting of the BOE the vote failed to put the tax issue on the ballot when they failed to have enough members voting on the item. Cindy Piper abstained from voting based on the district still facing deficit spending issues, Matt Gilmore voted no and Barb Vorhees was not in attendance.  Interesting to note that Piper and Gilmore are the two board members who returned after the last BOE election. – 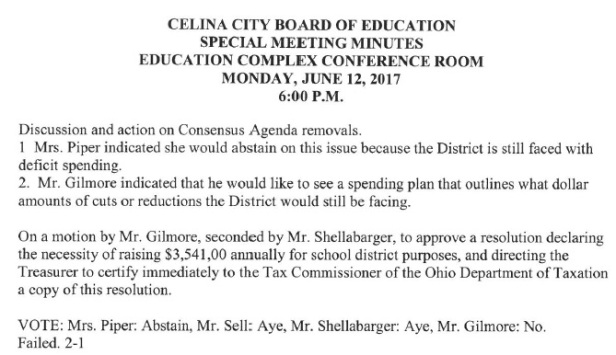 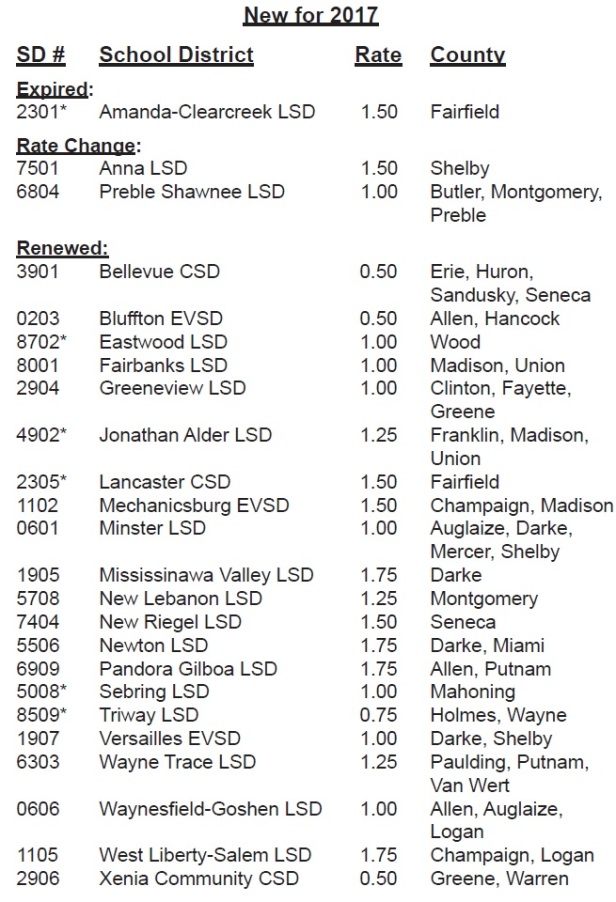