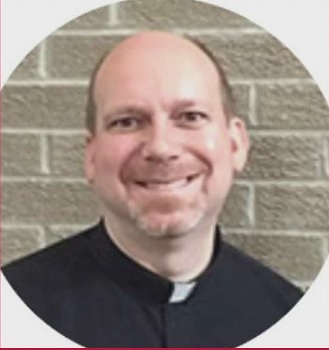 (8-18-20) The Cleveland Division of the FBI—Lima Resident Agency, and the United States Attorney’s Office—Northern District of Ohio, announce the federal arrest of Michael Zacharias, age 53, of Findlay, Ohio.

Zacharias has been federally charged with coercion and enticement, sex trafficking of a minor, and sex trafficking of an adult by force, fraud, or coercion. Zacharias was taken into custody today, August 18, 2020, without incident at his residence by members of the Northwest Ohio Child Exploitation and Human Trafficking Task Force.

According to the complaint, investigators, at this time, are aware Zacharias has engaged in sexual conduct with minors since the late 1990’s. The FBI is encouraging anyone that has had contact with Michael Zacharias where they may have been “groomed” for possible future sexual purposes, they were inappropriately touched, or they were sexually assaulted by Michael Zacharias to contact the FBI at (216) 622-6842. All information will be strictly confidential.

A complaint is only a charge and is not evidence of guilt. A defendant is entitled to a fair trial in which it will be the government’s burden to prove guilt beyond a reasonable doubt.

It is with heavy hearts that we need to inform you of the unfortunate events that have unfolded involving the arrest of Father Mike Zacharias.

We understand that there was a statement reporting local victims at our Parish. However, in our conversations with the FBI, we have been assured that, at this time, there is no evidence or allegation of victims involving the Findlay St. Michael Parish and School Community.

This is devastating news to both our Findlay community as well as our Diocese of Toledo.

We know that Christ is our light and our hope. We ask all of you to join us in prayer for the victims associated with these allegations.

We are in the process of coordinating support services for our Parish and School Community. More information will be forthcoming.

Attached is the official statement from the Diocese of Toledo including contact information to report any further allegations.