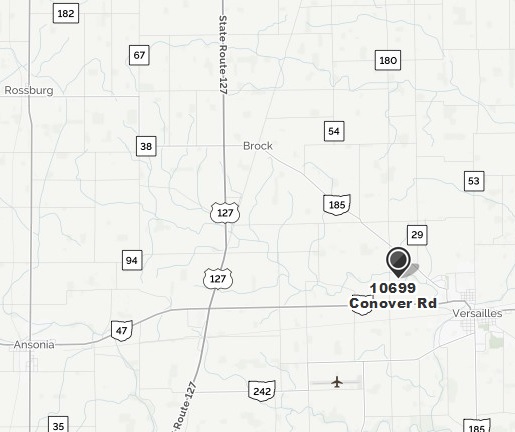 On May 6, 2018 at 9:49 AM Darke County Deputies, along with Versailles Fire Dept., Versailles Rescue, and Careflight, were dispatched to a two vehicle, injury crash in the 10600 block of Conover Road.

Investigation revealed that Hannah Grisez, 17, of Versailles, driving a 2015 GMC Acadia, was pulling out of a driveway at 10699 Conover Road when she failed to yield to a vehicle traveling northbound on Conover Road. Ms. Grisezs GMC struck the 2004 Ford Taurus, driven by Alex Groff, 19, of New Weston, causing the Ford to come to rest in a field.

Both vehicles received heavy damage from the crash. A front seat passenger in the Groff Ford, Marisa Turpen, 19, of Versailles, was tended to at the scene by Versailles Rescue and transported by Careflight to Miami Valley Hospital.

This accident remains under investigation.