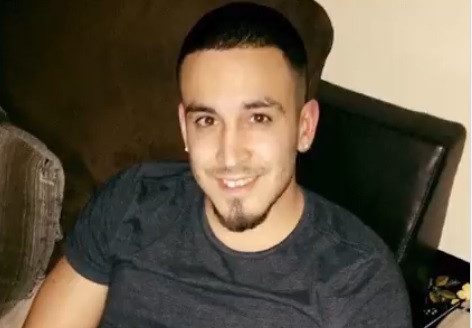 Due to the national health concerns, the Lehman-Dzendzel Funeral Home and the Family are following directives outlined by the Ohio Governor Mike DeWine, limiting attendance to the visitation and funeral service to immediate family members only. Private family funeral services will be held on Monday, March 23, 2020, at the Lehman-Dzendzel Funeral Home in Celina, with Pastor Randy Christian officiating. Burial will follow in the North Grove Cemetery in Celina. A Private viewing will be held on Sunday, March 22, 2020, at the funeral home where we will be accepting visitors in small groups briefly. Memorial contributions may be made to the Tré Billger family in honor of his legacy. Please feel free to express all condolences to the family where there will also be a video of the funeral online at LehmanDzendzelFh.com.

Tré Aric Billger, age 26, of Celina, Ohio, was recovered from Grand Lake St. Mary’s, on Tuesday, March 17, 2020. He was born on September 19, 1993 in Coldwater, Ohio. He is the son of Deliha (Thomas) Kremer and Shawn Billger, both living in Celina. He is also survived by his girl-friend Maggie Mott, two step-children Calvin Seals and Hailey Seals, four sisters; Alicia (Paul) Morsey, Lyric (Kyle) Boeckman, Monique Thomas, Chloe Billger, Deliha’s boyfriend Adam Roberts, step-mother Ashley Billger, two step brothers Ayden and Alex Buehler all of Celina. His maternal grandparents are surviving Ethel (Pugh) and Michael Wilson and Pastor Randy and Tricia Christian of Celina. He has two nephews surviving Blake Morsey and Jace Boeckman all of Celina. He was preceded in death by his maternal grandparents Juanita Lopez and James Thomas. Tré graduated from Celina High School with the Class of 2012. He was employed at the Chouraku Japanese Steakhouse in Celina.

One thought on “Tre’ Billger Obituary and Arrangements”