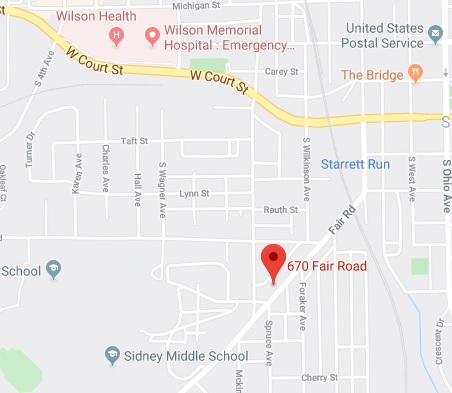 (11-7-19) – On Wednesday, November 06, 2019 at around 1257 pm Sidney Police Units was dispatch to 670 Fair Rd, Sidney in regards to a 29 year old female that needed help after escaping from being held against her will. The victim reported that she returned to her home on lunch break and that a former boyfriend, Wendell Johnson, who had been hiding behind the entrance door surprised the victim by grabbing her and tasing her. Johnson then restrained the victim using flex ties and physically assaulted her. The victim observed that Johnson was in possession of an AR 15 type rifle. After being held against her will for approx. one hour the victim was able to convince Johnson to remove the flex ties and to negotiate her release. Once escaping she immediately called 911 for help.

Upon arriving Officers surrounded the residence to secure it. Tactical officers were deployed from both Sidney and Piqua Police Departments. Hostage negotiators attempted communication with Johnson. No response from Johnson was returned. After several hours officers were able to breech the kitchen door of the residence by utilizing a search robot from the Allen County Bomb Squad. This Search Robot was equipped with a camera and shortly after the robot entered the residence the body of Johnson was discovered.

Once the location was secured detectives with the Sidney Police Department processed the scene. The body of the deceased was identified as Wendell L Johnson (48) of Richmond Indiana. The cause of death is believed to be a self-inflicted gunshot by an AR15 type rifle. In addition to the rifle investigators found that Johnson had brought into the victim’s residence a large number of flex ties, a stun gun, extra AR15 magazines, and knives. Investigators found Johnson’s silver colored Toyota Camry parked a few blocks away on Cherry Street near Foraker. It is believed that Johnson parked his car at the Cherry Street location to conceal his presence in the area from the victim.