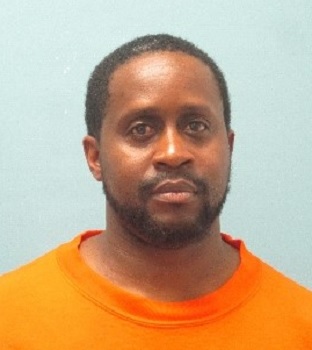 Sheriff Riggenbach said Love was seen traveling through Ohio City on St. Rt. 118 at a very high speed. The deputy who observed Love speeding through Ohio City attempted to stop Love in the area of Wren Landeck Road and St. Rt. 118. Love refused to stop and increased his speed to try to get away from the deputy. Love continued north on St. Rt. 118 to Cooper Road where he turned east on Cooper Road. Love proceeded to U.S. Rt. 127 where he turned right to go South on U.S. Rt. 127. Love, did not stop at the stop and lost control of his vehicle at the intersection and went off the east side of U.S. Rt. 127.

Love drove his vehicle back onto U.S. Rt. 127 and continued South. Love continued to flee from the deputy in Mercer County on U.S. Rt. 127. When Love reached the intersection of U.S. Rt. 33, he turned East and continued to flee. A trooper from Post 6 of the Ohio State Highway Patrol was at the intersection and assisted pursuing the vehicle. Love pulled his vehicle over on U.S. Rt. 33 at Hasis Rd. where he was taken into custody without incident. Love reached speeds in excess of 100MPH during the pursuit.

Love is charged with:

Love was transported to the Van Wert County Correctional Facility where he is being held until an arraignment in Van Wert Municipal Court.

The Mercer County Sheriff’s Office assisted at the scene of the stop.